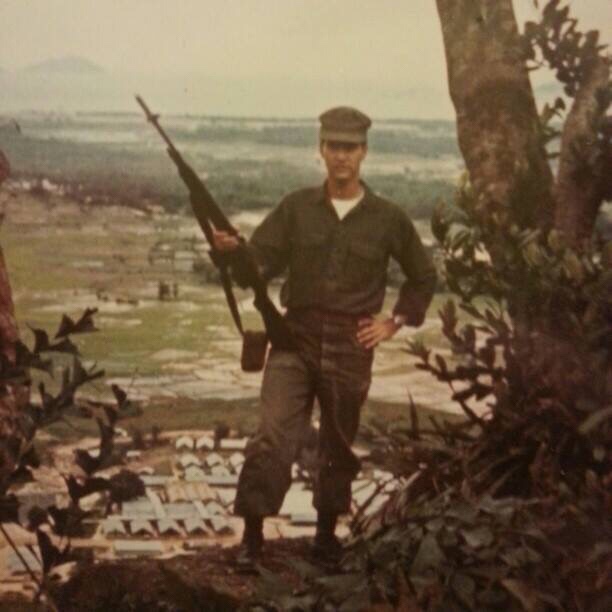 It is Memorial Day weekend, again. As usual, my thoughts turn to those I have loved with all my heart, who served our country with bravery and devotion, and are no longer with us. It is more challenging, and a bit more painful every year, because we Baby Boomers are, sadly, winding down.

And so it was, this past year on July 10, 2017, my very first one-true-love passed away after a four year battle with lung cancer. I had loved this guy since the day I first set eyes on him, which I believe was as a second grader. He was the older brother of my best friend, and I recall so vividly, as a mean sibling, his best game to play was soccer. Only, his version was sock-her; whereupon, after asking if we wanted to play, he would follow the question with a hefty punch to the arm. Oh yes! Young love! My arm would ache and be bruised, but I didn’t mind. He was perfect.

His family left our hometown when I was in sixth grade, and moved to the San Francisco Bay Area. Our families remained friends, and every Christmas his mother sent out greetings with the family photograph on the card, itself. Oh, lucky me! As soon as Christmas was over, and things were being cleaned up and put away, I would snag their family Christmas card and add it to my collection. I could look at him whenever I chose, and no one was the wiser. He was my one and only, at least until high school, when I fell in and out of love as regularly as the seasons changed.

After my first year in college, I had had enough of the little valley town in which I had spent my entire life, and needed a change. His sister and I had remained friends over the years, and she also was ready for a change. We made the big decision to take a break from school, move in together, get jobs, and grow up. And that’s exactly what we did.

During that time, her brother had joined the Navy, and had been assigned a tour of duty for a year with a Marine Division in Vietnam. He would be home for a few weeks before leaving. I had just moved to the Bay Area, and he arrived the same week for his brief vacation before heading overseas. It was kismet!

It took about five, maybe ten minutes for us to take one long look at each other, decide this was it, and stick to each other like glue for every minute he was home. I had been correct in second grade. He was perfect!

The days flew by, and on July 3rd he left for Vietnam. I cannot describe how it felt to watch him go. And I cannot describe how it felt when I received his letter telling me we had to put out plans for the future away while he was gone. What I will admit now is I was young, stupid, and not one to wait for anything, nor anyone. And I was hurt and angry.

After a year of working, I had had more than enough of the 9:00-5:00 routine, moved back home, and resumed school. It was that fall when my phone rang, and he was there. Home. Wanting to see me, again. I said yes, but I should have said no.

I am, to this day, ashamed of how awful I was that night. I was unkind, haughty, and behaved as poorly as I ever have in my life. It was as though I wanted to punish him for leaving, for making a decision for both of us, and for coming home thinking we could just start over. He deserved so much better than my nineteen year old me was able to give. I was truly awful.

We did not see each other again. I kept track of him through the years, and always knew where he was, and the basics of his life: Marriages, children, career, move to another state, deaths in his family, and finally his illness. It was lung cancer. And he fought like a soldier for four years.

He never smoked a cigarette in his life. The doctors had theories about what was behind his illness; but he knew in his heart it was from being sprayed with Agent Orange in Vietnam. He never once doubted this, and I believed him.

It is so hard to say good bye to someone you have loved your whole life. Harder still when you are unable to speak of the loss. When he passed, I sent a note to his sister. That was all. How could I talk of how I felt? No one else knew of what I carried inside. He was my first love, we were supposed to have had a lifetime together, and it was not to be.

It has been a year now, and I have found a bit of my voice to express the memories I kept silent. As usual, with everything I have experienced, I wish there were more. But, for what I did have, I am grateful, and am able to say I have loved someone all my life. This Memorial Day I remember him, and how he served our country well. Brave in Vietnam, and brave until the very end.