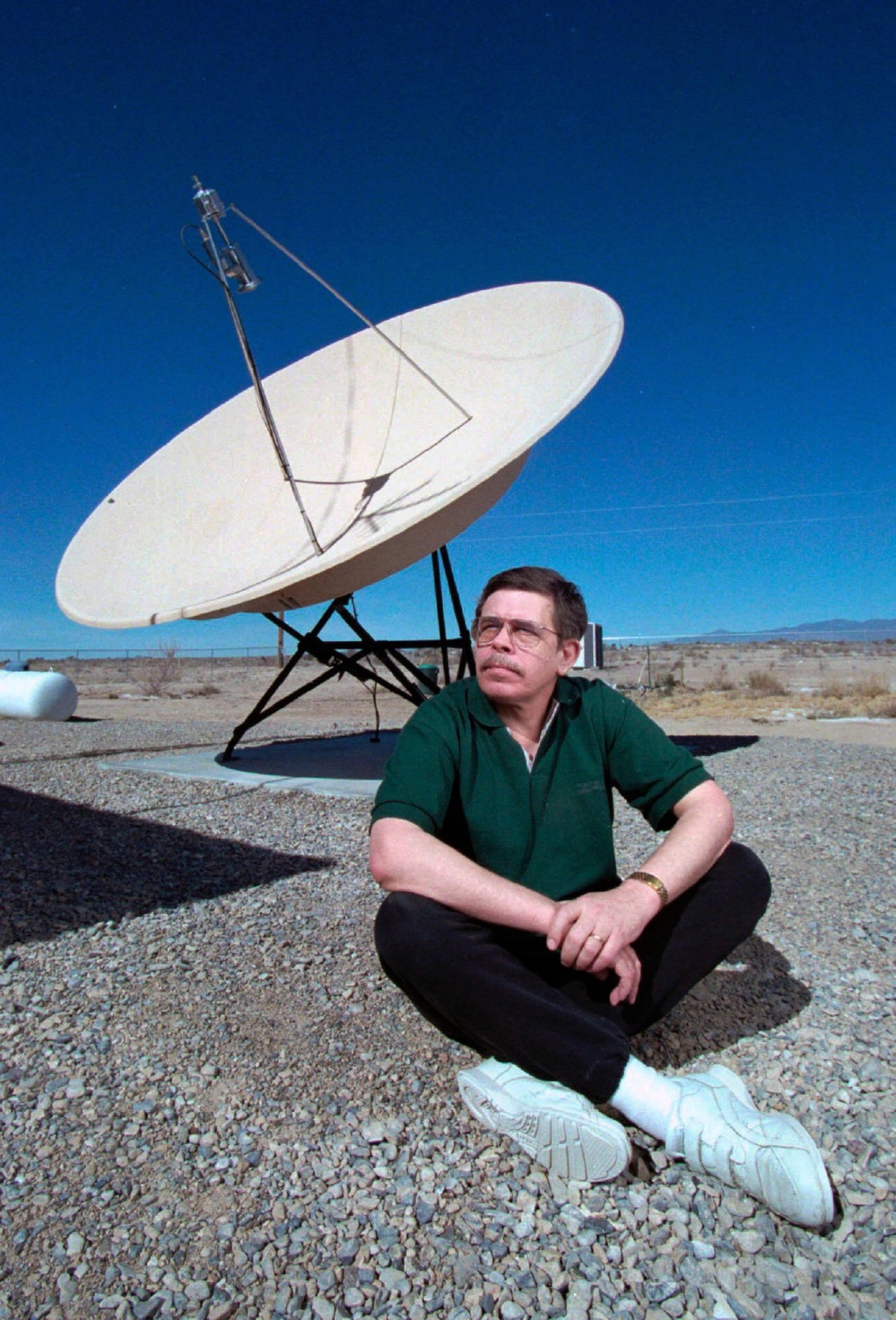 As the first anniversary of Art Bell’s death approaches, many of his fans are preparing for the manner in which they will honor his memory. One proposal, put together by a Facebook group, which seems to have changed its name since the proposal was made, has become the source of dissension and disturbance within other Art Bell fan groups.

‘On The Fringe•Friends of Heather Wade FaceBook Group’ proposed, and received approval from Nye County, Nevada to have a bench erected as a memorial to long-time Pahrump resident, Art Bell. It is to be placed in Calvada Eye Park, near the water feature. Attached to the bench will be an 8×10 inch bronze plaque with Bell’s picture, the phrase, “Wanna go for a ride?”, and at the bottom, a reference to the group’s name, including Heather Wade’s name, as donators of the memorial.

The Facebook group raised over half of funds required to pay for erection of the bench through their GoFundMe Account. Nye County Donations Department approved their request for Nye County to pay the remaining amount.

As plans for Bell’s memorial bench circulated within the late night, UFO, and paranormal community, other Art Bell fans, who have not been pleased with, nor supportive of the manner in which his Midnight In The Desert Radio Show was handled after he died, felt the names on the plaque would dishonor Bell’s memory, and most of all, upset his widow and their children.

Contacts were made to the Nye County Licensing Department,
acknowledging procedures which had been followed by the FaceBook group, and subsequent approval of their request to have the bench erected. When asked if approval for erecting Mr Bell’s memorial bench had been rescinded in any way, the response was negative.
The County said,”Approval has not been rescinded; however, I have contacted a close family friend, and the family themselves, in an effort to make sure their wishes are respected. The County will not place a memorial with any one group named as a contributor (aside from itself).”

The bench will be erected, the plaque will be fastened to the back; and it appears the Heather Wade FaceBook group’s name will not be placed on the plaque as a contributor. Hopes are high the work will be completed by April 13, 2019, and that Art Bell’s family and friends will all be happy with a fitting memorial to the one who started it all, and left each of us lasting memories.

One thought on “Art Bell Memorial Bench, And Names On A Plaque”