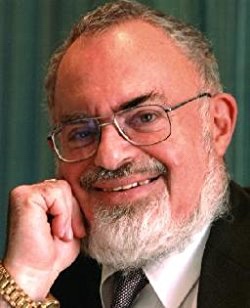 Longtime UFO investigator, Stanton Friedman, from Fredericton, News Brunswick, Canada has announced his retirement. The nuclear physicist and professional ufologist also is known for being the original civilian investigator of the Roswell, New Mexico incident.

After graduating with a Masters of Science degree in Nuclear Physics in 1956, Friedman was employed as a nuclear physicist, working on advanced, classified programs on nuclear aircraft, fission and fusion rockets, and compact nuclear power plants for space applications.

In 1970, Friedman changed his direction, and began pursuing a career in scientific investigation of UFOs. He lectured at colleges and to professional groups in fifty states, nine provinces, and sixteen countries outside the US. He also has worked as a consultant on the topic of UFOs. Friedman has published more than eighty UFO-related papers, and has appeared on radio and television programs.

Friedman has stated he will be 84 years old in July, and believes he will spend his time after retirement just looking in on the internet. He said he gave his first lecture on unidentified flying objects in 1967, and that was a long time ago. He believes enough is enough.

One of his last events will be the Roswell International UFO Museum Festival in July in Roswell, New Mexico. Since Friedman was the original civilian investigator of the Roswell incident, where it is believed a UFO crashed in the area in July, 1947, it seemed fitting to him to accept the invitation to speak at the festival.

Stanton Friedman has devoted his life’s work to the UFO community, and though his retirement will leave a huge void, his belief in the existence of life beyond Earth continues, as does the conviction that our planet is being visited by aliens. Retirement will change none of this, and his influence will continue to affect ufologists now, and as we watch Earth’s future with alien life unfold.