People frequently make comments about my ability to sleep anywhere, anytime. Lying down, sitting up, in a car, leaning against a tree; I can doze off with no effort, whatsoever. I have been thinking about this lately, and finally am going to come clean. It is not a blessing, folks, it is a curse. Well, maybe not an actual, full-fledged curse; but, a mighty inconvenience, to say the least.

I have read a lot about people in my stage of life, and how sleep challenged they are. Waking at odd hours throughout the night, not being able to get back to sleep; they are frustrated, grumpy, and most of all, really tired. Everyone is sleep deprived. May I say, without criticism or scorn, welcome to my world? 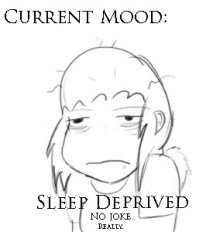 I cannot remember a time when the way I slept was not different from everyone else’s. As a small child, I would awaken in the night, get out of bed, and wander around the house. I taught myself how to clean my room, do homework, wash my hair, or just putter without making a sound. I remember one spring morning, I went out into our backyard, and raked grass clippings while the rest of the world slept. Our next-door neighbor, who went to work at 5:00 a.m., was shocked to see me finishing up my raking so early in the day. He asked me what in the world I was doing, and I told him it was a surprise for my parents. He looked puzzled, but accepted my story.

As I got older, my issues with sleep got more complicated. While I continued waking up during the night, I found myself often falling asleep, or struggling for all I was worth to stay awake at the most inopportune times during the day.

Picture me going on a date as a teenager with, at that moment in time, the love of my life. The place? San Francisco. Golden Gate Park. The Morrison Planetarium. I did not know exactly what to expect, but I knew it would be spectacular. Until we got seated. And the chairs rocked back into a reclined position. And the lights went off. Oh no! No, no, no! I gave it my most valiant effort, but there was no stopping the sleep that enveloped me within just a few moments. I did not wake until the show was over, and my seat resumed an upright position. I do not believe my date said too much to me until we got back home to our little valley town. And then it was a simple, “Good night”. That was it for him, and clearly my notice to move on to the next love of my life. 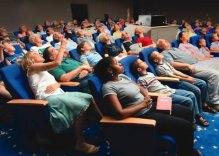 Then there was a geography class my first year in college that was at 1:00 in the afternoon. Right after lunch. The professor was a tiny little man with a high-pitched, nasal voice, who spoke in a monotone. No matter what I did, how much coffee I drank beforehand, or what I told myself, I could not stay awake in that class. Before I knew it, my head would be nodding, and my eyelids would refuse to remain open. I remember trying so hard, raising my eyebrows up as far as they would go, trying to keep my eyes open, and me awake. I got no cooperation at all from my brain. None. The only thing I can say about that sleeping experience, is I do not believe I snored. Or, if I did, people were too kind to mention it to me. 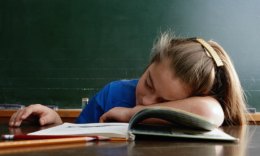 The most horrible I should not have been sleeping while I worked time was at my first real job. I had moved to the Bay Area, and was hired by the phone company to work in their employment office in Palo Alto. It was a great job, and I loved every part of it, except when I rotated through to applicant testing, and the showing of a film about the joys of being employed by Pacific Bell. The tests were administered in a small, windowless room, where the job seekers silently read a booklet and filled out their answer sheets with a No. 2 pencil. I had to sit in the back of the room and make sure no one cheated. Not an easy task when I could not stay awake. It was quiet, warm, and an hour of absolute struggle as my test takers scritched away on their papers, filling in one bubble after the other with that little yellow pencil, and I fought to stay awake, keep my eyes open, and be vigilant to catch anyone cheating. And that was the easy part of my job. After the tests were completed, I had to turn off the lights, and run a film extolling the virtues and benefits of working for the phone company. The room was pitch dark, no one made a sound, and I had seen the film over and over. It got to the point where the narrator was maybe five words into his spiel, and I was out like a light. Again, I do not think I snored, and I got pretty adept at waking up just as the film ended.

Many years down that sleepy road, my doctor told me I was narcoleptic. I laughed, and told him it was nice to have a name attached to my inconvenient behavior, but it would not change anything. After all this time, I had come to accept how tricky my sleep was, and to deal with it the best I could. There still are a couple issues that make life a bit more difficult than I would like. One aspect of the disorder is when I drop off, there is a tendency to immediately go into REM sleep. If I am awakened after that, even if I slept only for a few minutes, I am unable to resume sleeping, at all, for the rest of the night. It is as though I have had my night’s rest, and that is all there is going to be. The other issue is sometimes I fall down. With no warning. I have done this for years, but now that I am older, I prefer not to find myself in a surprised clump on the floor. It is called cataplexy, and really is annoying.

So, to all my fellow Baby Boomers, I hear you when you discuss your sleeplessness, and how frustrating it is to be sleep deprived day in and day out. I get it. But on the bright side, when we retire, we can take that nap, or for me, just fall asleep peeling the potatoes, and not have to worry about getting caught sleeping on the job, or yawning with bleary eyes and buzzing in the ears when out to dinner with friends or loved ones. I say, sleep when you can, and be grateful for the opportunity to doze at will. After all we have done over the years, we have earned it. 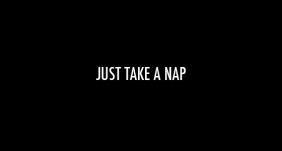 17 thoughts on “Yes, I Am A Sleepless, Sleepy, Sleeper”