For weeks now, I have been trying to recall lyrics to the theme song of my childhood summer camp. I went to it as a kid camper, and then worked there as a counselor. Granted, it has been forty-nine years since I last saw Camp Jack Hazard; but some things should not be forgotten.

Even though the song has faded from my memory, the place and experiences have not. At an elevation of 6,000 feet in the Sierra Nevada Mountains, tucked away in thick conifer forests, with granite masses standing sentinel in every direction, it was the greatest camp a child could be fortunate enough to attend.

Rustic cabins that housed six cots, outdoor latrines, a dining hall, combination craft snack shack, and swimming pool were all the amenities of our camp. We only had electricity in the dining hall, and the pool was heated. As I think about it, I do not remember showers. I know when we got off the bus at home, after a week’s stay, we all were really, really dirty. Perhaps, the swimming pool was camp’s solution to dirt covered kids; I know we swam everyday, and never gave a thought to hygiene. We were having fun, showered or not, and as a camper, no one ever indicated anything more was missing or needed.

The meals were served after each cabin’s campers were seated on either side of rough-hewn tables and benches. For three meals a day, we ate hearty, carbohydrate heavy, institutional-type prepared food, accompanied by metal pitchers of an ice cold beverage called Bug Juice. Looking back, I am pretty sure it was grape Kool-Aid, but we never knew it by any other name than Bug Juice. I loved the food and drink there, and believed it was the best I had ever tasted.

Every camp day began with reveille played on a bugle that had been part of the camp since it began in the 1920’s. The playing was tinny, off key, and annoying; but, it signaled another exciting, fun-filled day had begun. At night, after all our activities, meals, skits, campfire and songs were done, we were lulled to sleep with the playing of Taps on that same old horn. Nothing fancy. Nothing electronic. Just a beat up old bugle, and some rugged kids relishing some rugged living in the High Sierras.

And the highlight of camp? A three day backpacking trek into the backcountry. As if our camp were not already in the backcountry. We loaded up, moved out, and hiked until we thought our legs would hike no more. Then we hiked on. Our meals were prepared over campfires, we ate using tin utensils, and cleaned everything with water, if we were near some, or sandy dirt and pebbles, if not. Sleeping bags kept us moderately warm at night, and as we lay under the stars, we saw skies of which no city dweller ever dreamed. By day, we swam in pristine alpine rivers and lakes, climbed rocks, and played games, living at one with the land. It was pure, simple, and healthy. The occasional timber rattlesnake (I love its scientific name: Crotalus horridus-amen to that!), bear, or random mountain creature made it all the more exciting. The point of our trek was to learn outdoor skills and backcountry ethics, so we could become the people who eventually would take over responsibility for protecting our vanishing wilderness. 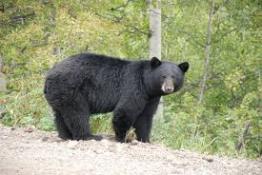 Those camp days were significant, and most definitely provided the foundation for limitless joy and appreciation I find in our country’s uninhabited, unspoiled lands. I wish every child had the opportunity to go to such a summer camp, and experience how profoundly stirring it is to live in a primitive environment, even for just a week. I think we never fully realize how strong and capable we are until faced with a situation that puts us to that test. Then we know it was not so hard; just challenging. And we did it.

So how did that song go? There were some lyrics, and something about Hail Camp Jack Hazard, all hail to thee our Camp Jack Hazard! Then: Dardanelles, Dardanelles, you’re the place for us. We will work, we will play, we will never fuss. Oh….(cannot remember this part; la la la, la la la); we’ll go away, but never fear, we’ll come right back to you. YMCAAAAAA! I need to keep working on that song. In the meantime, I have some grape Kool-Aid in the refrigerator, and I think a tall glass of Bug Juice just might jog my memory. 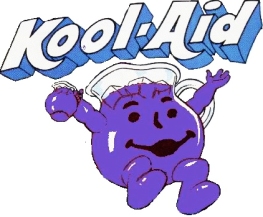 17 thoughts on “Hail To Thee Our Camp Jack Hazard”