Growing up during the Golden Age of Television provided benefits and experiences that ranged from amazing to that’s not quite what I expected. In the 1950’s, TV broadcasting was relatively new, and much of the programming was experimental; success measured and achieved by trial and error. As I look back, what possibly could have been a braver venture into this new TV Land medium than broadcasting shows live? Ramp it up? Live children’s television; where make-believe frequently intersected with this isn’t at all what I thought it would be.

We had a local kids’ show which was watched, faithfully, every afternoon when we got home from school. It was titled Toonytown, hosted by a gentleman who called himself Mayor Art. The show mostly consisted of old Popeye cartoons, but the best part was the live interaction between Mayor Art and his audience of children and their parents. During that portion of the show, children were selected from the audience, and they got to ask him a riddle. He tried to answer it; however, most often, he made a funny joke out of not knowing the answer, whereupon the kid gave the answer to the riddle, was awarded a prize for stumping Mayor Art, and everyone would then have a good laugh. It was great sport to stump Mayor Art.

Getting on that TV show was a huge accomplishment, and any local kid whose parents scored tickets was a celebrity on the schoolyard. My Girl Scout leader was a resourceful and determined woman, who would become a force of nature when she wanted something, not the least of which was a vision she held of her daughter being discovered someday, and becoming a famous movie star. Regardless, even if her intentions solely were to promote her daughter, she was able to obtain tickets to Toonytown for our troop, siblings, and parents. We all were electrified with excitement at seeing Mayor Art in person, and being on TV. Yes, all of a sudden, each of our inner dreams of stardom began to emerge.

Everyone we knew was told about our upcoming TV adventure, everyone who was not going swore to watch, and everyone who went had chosen what he or she believed was the most difficult riddle known to mankind. We practiced and practiced our riddles on parents, grandparents and classmates, so we would have them down perfectly if we were chosen out of the audience. We were armed, and knew Mayor Art did not stand a chance.

The big day arrived, we drove to Stockton, and went into the television studio; so excited we could barely contain it. In retrospect, I wish more than anything someone had adequately prepared me before we got there. I watched this show everyday, and fully expected walking through those doors would transport me into another place and time.  I expected a live, in person version of Toonytown.

Much to my chagrin, I got a large room with bleachers upon which everyone was to sit, backdrops painted to look like Toonytown, a couple TV cameras on wheels, big overly bright lights, and a Mayor Art who really was just a stiff, slightly cranky man wearing his top hat and morning coat, but also was sporting a deeply orange-colored face and hands. This was all wrong. I did not like the smell of the building, the floor was really, really dirty, the bleachers looked weak and uncomfortable, and Mayor Art was the wrong color. Definitely the wrong color.

I recall some man hurrying us to the bleachers, making us sit down, barking orders to the kids and adults, lots of scurrying around with the cameras, bright lights being switched on, Mayor Art speaking to his people and ignoring all of us who had driven the thirty miles to see him, music coming from somewhere, and a deep voice announcing the start of another show. This was not my Toonytown, and these were not the people I expected to visit. I sat on my bleacher seat, thinking repeatedly, This is all wrong, all wrong; I don’t like it, and I want to go home. 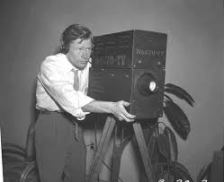 No one gets up in the middle of a live TV show and leaves. Especially a little girl, who does not like the smell of a building, nor the color of Mayor Art’s face and hands. I kept whispering to my mother I wanted to go, and she kept whispering back, through a really fake smile, to shut up, and behave. And then if it could not get any worse, I heard my name called. No, no, no, no! A second time, my name was cheerfully called. I had been chosen to pose Mayor Art a riddle. My mother literally shoved me off the bleacher, and I numbly walked to the waiting orange man, head down, looking at the saddle shoes on my dragging feet, filled with horror as each step took me closer to him.

I do not remember exactly what Mayor Art said to me. I know I could not look up into that grotesque face, much less willingly speak to him. I recall he told me to look up into the camera so all the folks at home could see me. “No thank you“. I recall he asked me if I brought a riddle. “Yes.” Would I tell  him the riddle? “Yes.” Okay, what was it? Still looking down, staring at my feet, I mumbled the riddle, whispering to my toes, shoes, socks, tape on the floor, whatever; anything but Mayor Art. I do not know what that riddle was anymore, and even though I was certain it was a really good one, Mayor Art was as done with me as I was with him. He gave a huge belly laugh, told the audience he did not have a clue what the answer was, and promptly handed me a beach ball on a rubber band tether for my prize. He graciously thanked me for being on his show, turned me in the direction of the bleachers, and gave me a not so gentle shove in that direction. 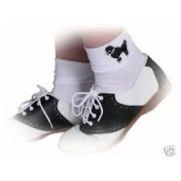 My mother was so angry with me she could not speak about the show for days. I had embarrassed her, and she did not take kindly to that. My dad was his usual inscrutable self, but I think he was more than anything else disappointed for me, and probably in me, too. I had looked forward to going to Toonytown, and I believe he was sorry for the letdown I experienced. He also liked to be proud of me, and that behavior on television was not my best moment. We all eventually got over my less than stellar performance on TV that day, and after a lot of teasing about it at school, I learned to laugh at how really goofy I looked staring at my feet, and mumbling to poor Mayor Art, when all he wanted was to hear my riddle. After all, what they teased me about was true, and there is nothing quite as redemptive as owning ones blunders. Seems to help take the sting out of it.

As a result of my disastrous visit to Toonytown, I realized there are times in our lives when we expect one thing, and are confronted with something quite different. Over the years, I learned to prepare as best I could for new experiences, because I never have handled surprises well; I learned to be more open-minded and less precise in my expectations of the unknown; and I learned to forgive the many blunders I have made, falling short in responding to situations appropriately or adequately. Life events seldom have handed me a playbook; so when I have stumbled all over the moments at hand, I learned it was important to be fair, be brave, and be kind. To others, and especially to myself.