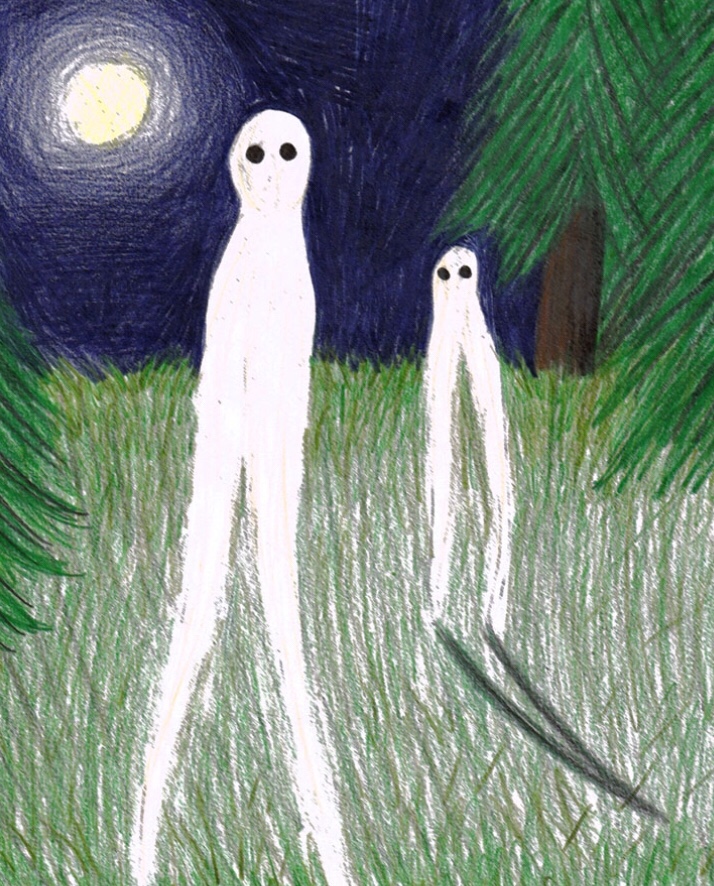 Paranormal World is such a unique and fun place. The rides and exhibits are never ending, usually pretty surprising, and they are free. It is a bargain on any day!

While appreciating the entire Paranormal World experience, people who visit this wonderland of oddities seem to prefer particular ones over others. My personal favorite is Realm of the Cryptid. It is filled with creatures of all shapes and sizes, some menacing and ferocious, some shy, some oblivious to humans, and some who behave as though they are going to eat the next thing they see. Regardless, all manner of sightings are reported regularly, although no one ever catches one, and as we all have observed, clear, discernible photos or videos are simply wishful thinking.

And just when I thought I had heard of all the possible Cryptids walking, swimming, flying, or slithering around on planet Earth, one I had never heard of popped up today that has me bursting out laughing every time I see a photo, or watch a video of it. This Cryptid has been dubbed, the Fresno Nightcrawler, or the Fresno Alien.

No, it is not a large worm found in Fresno, California, nor does it resemble any of the bipedal aliens to which we have become accustomed. This one is a pair of pants. Yes! A pair of pants! And I call him Pants Man.

The story goes, in the 1990s or early 2000s, a family in Fresno, one of the “nothing ever happens here” communities located in the San Joaquin Valley, heard their dogs barking every night. Not knowing if someone was prowling their neighborhood, they set up a surveillance camera, hoping to find the source of their dogs’ barking.

The following morning, they were shocked beyond their wildest expectations. They found the source, all right. It was two white, slightly awkward, pairs of pants ambling across their lawn. They were only a couple of feet tall, walked in a sort of disjointed manner, had no arms, and were whitish in color.

They reported the recording to police, and subsequent to this family’s experience, other people in Fresno came forth with stories they also had seen Pants Man, and reported their sightings. Interestingly, the statements always said there were two of the Pants People walking together. One is usually about 4 feet tall, while the second one is smaller, around 2 feet tall. They do no harm, and walk about like a couple, sightseeing.

When it seemed Fresno was the only place these strolling pants were observed, a new locale hit the news. In 2011, Yosemite National Park was having issues with a group of vandals destroying private and park property, so they set up a security camera to identify the culprits. Little did park officials expect what they found on the camera footage.

There they were, two of the walking pants, strolling down a road in the park. Again, just like any other pair of sightseers enjoying Yosemite, in the dead of night. They bore the same description as ones seen in Fresno; little, 2-4 feet tall, no arms, flappy fabric-like legs, awkward gait, and tiny heads, each with two eyes.

No one has been able to decide what these creatures are, what their destination is, or from where they originated. What has come to light, though, is these Fresno and Yosemite appearances are not new, nor recent. Native Americans from that area explained the creatures have been there for a long time. They view them simply as another of Earth’s mysteries.

For the more curious, there are videos on YouTube, which have been determined to be authentic, and unable to be reproduced by debunkers or skeptics. They are funny, and actually pretty cute to watch. Take a look, and enjoy Pants Man going for a walk. It makes me laugh, every time.