The phone rang here, and actually startled me. It is a landline telephone. I have not had a landline for years, and the sound of that old fashioned ring from the corner table made me jump, wondering for a moment what it was.

The caller was someone supposedly trying to earn a living by making random phone calls, attempting to sell the hottest item of the day. I have read about the most efficient way to deal with theses home invaders; however, all those tactics slipped my mind, and there I was being polite, trying to gracefully end an unwanted phone call from a jabbering salesperson. After a lot of resistance and marked indifference to the courtesy I was showing him, it dawned on me I was once again being kind and good-natured to someone whom I did not know, and had no intention of getting to know. Enough was enough. The conversation was over, abruptly ending when I hung up the phone. Easy solution to an annoying problem. 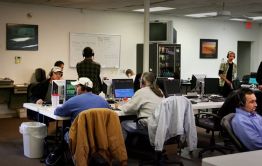 Thinking about unwelcome phone calls over the years, I recalled one that, to this day, may have been the most unusual I ever received. And perhaps my response was the most unusual that person ever got to his activity, which was making obscene calls. I have no idea who called that day, twenty-five years ago, but I always have held out a glimmer of hope calling me was the last time he did such a thing.

When I was a child, and we got our first telephone, it was a big thing to be taught and to exercise proper phone etiquette. Politeness was mandatory. Actually, phone manners were merely an extension of the behavior that already had been drilled into us, and was expected from us, daily. They were not difficult things; we said yes please, thank you and no thank you to everyone. No exceptions. I never forgot those lessons, and they still are as natural to me as breathing.

So, all those years ago, as I busied about my home, taking care of morning housekeeping tasks, I was vacuuming, and thought I heard the phone ring. I left the vacuum running in the hall, and answered the phone in my kitchen. There was a new house being built next door, and the construction noise coming in through an open window, coupled with the vacuum cleaner made hearing the caller very difficult. 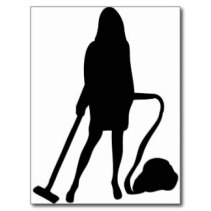 I could hear a male voice, but could not understand him, because he was very soft-spoken. After asking three times to please repeat what he was saying, I finally told him to hold on a minute while I turned my vacuum off and shut a window. I accomplished this quickly, and returned to my patient caller, asking him to once more repeat what he was saying. He did. And I was so shocked, I begged his pardon, asking him yet again what he had just said to me. He clearly had had enough, and finally yelled his very nasty proposal.

Of all the things I could have said or done, what happened next was a surprise to him and to me. I started to laugh. And I could not catch a breath. It had flashed through my mind how many times I asked him to repeat himself to me. I flashed on having him hold on so I could eliminate noisy things to better hear him. As I was laughing, he again was making his nasty proposal as loudly as I have ever heard anyone yell on the phone. I finally got a grip, and my ending reply to the telephone pervert? “No, thank you.” Good grief. Even with someone so foul on the other end of the line, I still had good manners. 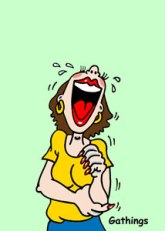 I am grateful for a telephone, for all its convenience, and usefulness. However, as grateful as I am, there is a huge part of me that equally wishes people understood my having one is not for their pleasure, work, recreation or interest. It exists to serve my purposes, not anyone else’s. Today, if someone calls me, I probably still will be polite, and possibly say please and thank you; but chances are, if it is an unsolicited call, I might just hang up again, without much ado. This far down the road, I have given myself permission to express what is right for me. And that is not bad manners.

14 thoughts on “You Don’t Know Why I Say Goodbye, You Say Hello”