Or, if it doesn’t matter, carry on.

I am an enthusiastic fan of animated movies. Granted, I live with three young children who have an impressive library of animated films, but that aside, I would watch these movies even if I were not in such good company. Therefore, since animated movies are special to me, I take them, as an artistic and cultural endeavor, as seriously as I do people films. Not something one hears a full-grown adult state everyday. But it is true. Very true.

All that having been said, I still have not come to terms with the 2014 Academy Award’s presentation of the Oscar for Best Animated Feature being given to the movie Frozen. One would think that a show televised on March 2nd, in which an award given to an animated movie most people think of as merely children’s entertainment, would not continue to bobble around in someone’s mind six to seven weeks later. But there it is, bouncing in and out of my thoughts, with no understanding in sight.

The real best movie of the year was hands down, The Croods. It took family relationships, adversity, fear, change, courage, and humor; interwove them into a tapestry that is as representative of life in a challenged family today as it was when life played out in prehistoric caves, and the world around them was changing faster than our primitive ancestors ever imagined possible. Nicolas Cage and Ryan Reynolds were brilliant, and Cloris Leachman as Gran was an inspiration to every cantankerous senior alive. It was visually stunning, hilarious, touching, and happy. I adore this film!

Frozen. The winner of the Oscar. A bland, typical, predictable, not particularly fresh movie on any level. It is about two little sisters who grow up, separated, in the same castle, because one of them has the ability to freeze anything and everything if she is piqued, emotionally, in any way. They mature, and then it is time for the older sister to have her coronation and become queen, necessitating the sisters finally getting to see each other again. They could not get through one day without older sister losing her temper, and everything going to heck in a hand basket. Older sister takes off, chooses to become and live as her real icy self, leaving her entire homeland frozen in an endless state of winter. Little sister tracks her down with the help of a hapless ice seller, his faithful reindeer (for whom ice seller speaks, in somewhat schizophrenic conversations-creepy at best), and an idiot snowman. They find icy queen, little sister sacrifices herself, love conquers all, and everything is restored. Yay. The end. 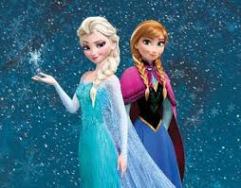 Just a couple of the “are you kidding me?” thoughts along the way in this movie: It is flat-out inconceivable the sisters never crossed paths in their castle-home over all those years. The castle is large, but not that large. And picture this; older sister has a freezing power she cannot quite manage, but is able to control it if she puts on a pair of fabric gloves. Not magical gloves, mind you. Just fabric. She can freeze an entire kingdom, but some cotton gloves can prevent her icy mayhem. Really? And just exactly how or why did Rapunzel and Eugene from the movie Tangled get invited to the coronation?  Yes. There they were, walking across the drawbridge on coronation day with the rest of the crowd. And that is just the beginning of the nonsense.

The story is as weak, uninspiring, and unimaginative as flat soda pop, and the characters range from sort of silly to ridiculous. Then, throw in a totally lame and useless snowman named Olaf, who serves no purpose to the story or the characters, whatsoever, other than the sisters built him together when they were small, before they were separated. He reappears, built again by older freezing sister, and he annoys me every time he is in a scene. Anthropomorphism run amok.

But there is more. This absurd little story is purported to be based on the Hans Christian Andersen fairy tale, The Snow Queen. Has anyone actually read The Snow Queen? It is a story written in seven parts and has very little to do with a Snow Queen, who by the way, does not have a little sister, nor a pair of fabric gloves that she wears to control her power. 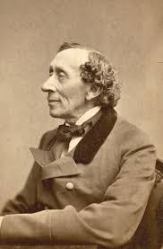 The tale is one of Mr. Andersen’s wackier stories, and details a little girl named Gerda’s quest to find her neighbor and playmate, a boy named Kai, who has been abducted by the Snow Queen. An offense, by the way, so heinous, a warrant for her arrest should have been issued immediately. And, as I recall, the only time we actually encounter the Snow Queen is when she kidnaps this little boy. Granted, he who once had been Gerda’s dearest and best friend, changed drastically after he got splinters from the devil’s shattered mirror in his eye and heart, becoming cold, mean, and unloving; thus making him a pretty unsympathetic character, undeserving of his friend’s love and concern. In his altered state, the Snow Queen took Kai to her palace and kept him there until he could spell the word Eternity out of surrounding snowflakes. Through the seven stories, faithful Gerda makes it to the Snow Queen’s castle, and reunites with Kai. He is delivered of the evil splinters, they spell Eternity, which frees him, and they go back home to live happily ever after.

No, Frozen is not an adaptation. This is a completely different story, not similar to, nor reminiscent in any way of the original. So, for everyone to be enthralled with the movie, and claim it is adapted from Mr. Andersen’s fairy tale is ludicrous. The only one of his stories I would compare the movie Frozen to is The Emperor’s New Clothes. That would be a lot more accurate, because no matter how many times one shouts it is the best animated movie ever made, someone needs to step up and say the emperor is naked.

And my work is done.