For years, I have pondered why some of us are curious and some of us are not. Being one who has been curious about everything for as long as I can remember, it is puzzling to me why others do not share this same passion for information, details, ins and outs of the world and people around us. I have asked some lesser curious people why they did not want to know certain things, or anything, and the response was they did not care. “You do not care? Really?” That is correct. If it did not affect them in some way, they did not care. End of discussion. There is not one single part of my brain that can get a grip on that answer, no matter how curious I am about it.

There were plenty of times growing up curious that I wished my need to know had not been quite so strong, and I had cared less. But, my DNA would have nothing to do with that possibility. I had internal warnings, though, when I was about to head down that should not go there path. The warning alerts always were comprised of two questions which invariably precipitated my search for answers, and subsequently, a lot of the difficulties I experienced because of that need to know. They were: I wonder what would happen if? Or, I wonder if anyone would notice if? That is how it would begin, and hardly ever did those quests for knowledge turn out well.

One disastrous experience was the result of a simple experiment that ran amok. It started with my brother who, at an early age, showed an aptitude for science and math. Many of

his birthday and Christmas gifts were intended to encourage him to excel in these areas. I was excited and interested in these subjects, too; however, in the 1950’s, at least in our home, little girls were given dolls, child-size washing machines and tiny brooms; never was a gift like a chemistry set considered for a girl.

That was an appropriate gift for my brother who, one Christmas, received the biggest, most complete set about which we all had only dared to dream. We had found it in one of the toy catalogs that filled our home each year prior to the holidays. This chemistry set had everything a budding scientist could hope for: Colored powders, test tubes, beakers, burner, flasks, pipettes, stirring rods, funnels, tubing, and goggles. Oh, I could not take my eyes off those goggles. Added to all that, rubber gloves, and a lab apron.

I was told, repeatedly, the chemistry set belonged to my brother, and I was not to touch it. Ever. And that was one more rule I obeyed, until I didn’t. As I recall, it was a late afternoon, my dad was still at work, my mother had taken older brother somewhere for a Boy Scout activity, and my sister was across the street playing with a friend. There I was, alone in a house with a deluxe chemistry set that I swear was calling to me from under my brother’s bed. I went to his bedroom, pulled the chemistry set out, and opened the lid. It was magnificent.

I did not have a clue what to do, but I remembered from watching my dad and brother, all one needed to start an experiment was a test tube or beaker, and some of the colorful powders and crystals with a little liquid mixed in; there would be a change, or a result that made everyone happy with a smart, young scientist. I could do it. And no one was there to stop me.

So, in my brother’s room, sitting on his bed, I began my great experiment. I had donned the lab apron, rubber gloves, and put on the goggles. I pulled out a beaker, and all the vials of colored powder and intriguing crystals. I merrily poured some of each into the beaker, and then added a liquid. It escapes me now exactly what liquid I poured on top of the ingredients I had mixed together; but what occurred next was completely unexpected, forever imprinted in my memory as “Uh oh! Oh no! Stop, stop, stop!”

It has been many years since it all happened, but I believe the first thing was white smoke billowing out of the beaker, followed by a rising mass of bubbles, which flowed right over the top of the beaker, over my rubber gloves, down the apron and my pants legs, finally spreading all over my brother’s bedspread. It smelled really, really bad. And it would not stop. I jumped up from his bed, and attempted to stem the flow of bubbles by putting my hand over the top of the beaker, and shaking it vigorously, because I thought it would make everything settle back down. That did not help at all. In fact, it seemed the more I tried to make it stop, the more it bubbled and flowed. By then, I had become frozen in horror at the mess, and my inability to correct said mess. It was one of those moments I could not escape, and I just stood there, holding the lively beaker, legs immobilized and mind blank.

I do not think I stood in my brother’s room for too long before my mother and he returned home. I knew my experiment smelled bad, but there is the possibility my sense of smell had been slightly altered by the time they showed up; because, even though I may have grown somewhat accustomed to it, when my mother entered the house, she began her inquiry into the odor she encountered at a volume I knew meant it was bad, and big trouble was headed my way as soon as she discovered I was the source of that offensive smell.

They both ran through the house looking for the problem, and then simultaneously arrived in my brother’s room. I had not moved. I was standing by his bed, holding the beaker, still wearing the gloves, apron and goggles. There was some immediate attention paid to disrobing me, and unceremoniously throwing me into the shower where I was scrubbed down head to toe. I remember windows being opened, bedding being stripped off and thrown away, a perfectly good chemistry set being tossed into the garbage can out back, the rug in my brother’s room being rolled up and hauled out to the garage, and lots and lots of very angry words coming from both my brother and my mother. And all that was interspersed, repeatedly, with what we Baby Boomers will recall as the worst threat, ever: “Wait until your father gets home!”

I survived my great chemistry experiment, and learned a couple things from it. One is, curiosity is very good; however, it is prudent to refrain, if at all possible, from diving headlong into something without having done the research and preparation for it first. Second, ones transgressions have a way of seeking one out.  At least mine always did. So fairly early on, I found a freedom in  living honestly, aboveboard, and straightforward. I still am curious, but now I think things through, and never touch someone else’s chemistry set without asking first.

And finally, last night as I watched Despicable Me with my grandchildren, it dawned on me how I actually looked all those years ago, dressed up as a chemist.  Then, I thought I looked brilliantly scientific and wonderful; now I know I looked just like Kevin the Minion. Perspective is one of life’s great equalizers. 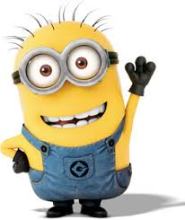 10 thoughts on “Curiosity: What Happened If; And Yes They Noticed”