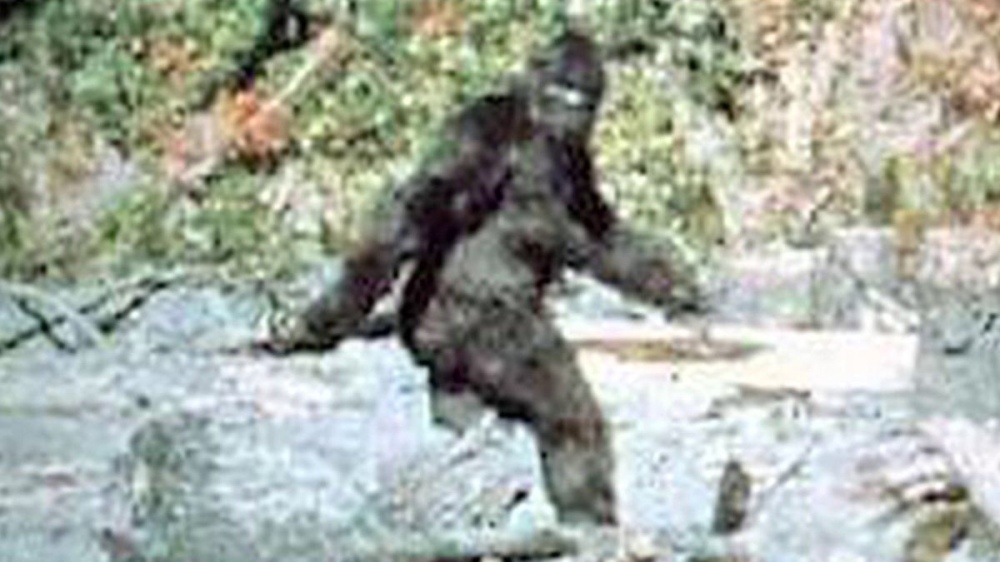 Springtime, especially in the Pacific Northwest, is almost here, and even with more than a month of official winter days remaining, green shoots can be seen, everywhere. With thoughts of melted snow, and woodlands again becoming accessible, it is also time to think about Bigfoot. Yes Bigfoot believer’s; hunting for Bigfoot, making contact with Bigfoot, and especially gifting Bigfoot.

As Bigfoot gifting sites become more and more popular with seekers of this acclaimed Hide and Seek Champion, there are items and practices that have become familiar and constant. We are seeing and hearing about balls, shiny colorful glass stones and beads, edible treats, juices, baubles, and trinkets.

After spending this winter wondering about Bigfoot, and what he does with his time, besides evading human hunters, a plan has unfolded that just might be a way of enhancing the experience for both Bigfoot and his hunter. And it still includes the gifting site, which so many hunters seem to enjoy, much to the disapproval of others.

Gifting sites have posed a large issue for some Bigfoot believers, in that they seem more like traps than sites of kindness, generosity, and outreach. Add to the potential threat posed to Bigfoot of being captured at one of these places, some of the gifts left for him have been questionable. Those most objectionable are the food items that contain sugar, chemicals, artificial colors and flavors. Of course they taste good, but they are not good for humans nor Bigfoot. Leaving him these items seems more akin to poisoning him than gifting him.

And the toys and baubles? What has been the point? Bigfoot either leaves them, or removes them from the site. Occasionally, some of the items have been moved, a bit. But most often, the hunter never sees how Bigfoot interacts with the items, nor what eventually is done with them.

Going back to basics and square one of the Bigfoot adventure, could there be a more productive way to obtain better results? What exactly are the desired results to begin with? Has the Bigfoot hunter even given thought to this?

If one makes the leap forward that, based on sightings by so many people, Bigfoot exists; and not only exists, but inhabits a particular area, then what would be a logical and productive next step? Establishing contact, and rudimentary communication is a good place to begin. Since we have heard many vocalizations by Bigfoot, and between more than one with others of his kind, it is reasonable to believe he understands basic sounds and motions are a means to communicate.

If the Bigfoot hunter wants to establish a gifting site, why not use it as a place where genuine communication was initiated? The tools to accomplish this are affordable and simple.

Since his abilities are unclear, and have been presented from being very cunning and clever to that similar to any primate, it is likely the best place to begin, and the easiest and most comprehensible to both Bigfoot and humans, would be in introducing each to the other.

What would Bigfoot like, could benefit from, and would then, if he had the same, be able to understand why humans would be seen with them? First we need to install a trail camera for recording Bigfoot activities at a gifting site. Then we leave a kit that contains a durable hand mirror, so he can take a good look at himself, and hopefully leave fingerprints. Include a dog hairbrush. Who doesn’t want the tangles brushed out of one’s hair? Add a durable shoulder bag. He could carry gathered foods, toys for Baby Bigfoot, and other items needed during travel. A photo album would be enormously helpful. It could contain pictures of the human, wearing or using all the items included in the kit. Next, a most beneficial gift would be a tablet of blank paper and a box of large, fat crayons. Some pages could already have simple pictures drawn showing an activity, a self portrait, the site itself. Give him the opportunity to draw back. Then there is music. A child’s xylophone and a wooden mallet would be perfect for starters. Let him make music, and he might fill the woods with his own song. Other items in this starter kit that could have quite a positive result in helping Bigfoot understand the humans attempting to communicate would be male and female anatomically correct dolls. Since he would only have seen humans clothed, this could help them make more sense to him. Finally, to show concern and possibly affection, a large, fuzzy, warm blanket could be included. Blankets always are a comfort and bring feelings of warmth and love. Maybe Bigfoot would appreciate something so simple to take back to his sleeping place.

As mentioned earlier, these items are for initial contact in the hopes of a reciprocal relationship where communication is established. When that happens, the sky is the limit in where it all can go. Give Bigfoot a chance to understand and give back; it’s worth a try, and just might open new doors to knowing our elusive friend.