On September 20, 1968, the television show I had been most eagerly waiting for premiered on CBS. Hawaii Five-0. I will never forget the awe-inspiring ocean wave in the 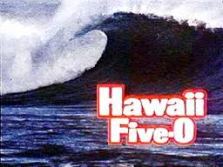 opening sequence, brief shots of Hawaiian scenery, pretty people running on the beach, and hula dancing; all the main cast introduced in zoom-in close ups, with Steve McGarrett’s famous shot by helicopter on the top balcony of the Ilikai Hotel.  It was even better than anticipated, and I was so happy at being transported to my dream islands for an hour every week, while never leaving the comfort of my living room.

I watched that show faithfully for several seasons, never missing an episode. Then, life changes came along that caused evening TV watching to fall by the wayside. I recall infrequently catching an episode here and there, still believing it was a top-notch show. So, forty-six years later watching it again proved to be more than surprising, it was shocking. Jaw dropping, gasping at what I had just seen, shocking.

Netflix is great for offering old shows, uninterrupted episode after episode of all the seasons available. When I stumbled upon Hawaii Five-0, I was delighted to be able to watch again those shows I already had seen, and to finally watch the episodes I had missed. And it always is a pleasure for me to take a trip in time, via television, that depicts and reflects life as it was way back when. Usually, I have such a good time in nostalgia land, but this experience with Hawaii Five-0 has been epic in the contrast between yesterday and today; some moments I found hilarious, some moments I was utterly dumbfounded at how things were then, and some moments I am simply, profoundly grateful that there has been measurable improvement in our lives.

For starters, fashion prevalent in 1968 television has changed in a good way. The women’s clothing back then is not too shocking, although there is an absence of casual wear, especially jeans, slacks, shorts, sandals, or athletic shoes. Dresses were short, hair was 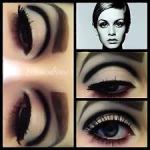 teased, and makeup was thick with an emphasis on black eyeliner and orange lipstick. Not too awful, but noticeably different from today’s styles, in that there was a stiffness and unnatural appearance head to toe. The men’s clothing is not too different, either, with the exception of trousers. I do wonder who decided to make it all right for men’s pants to stop short approximately an inch to three inches above their ankles. Even suit pants. Dressy or casual, they all look goofy. Men’s hair was not horribly different then, with the exception of Steve McGarrett. He always had a poofy pompadour that appeared then, and all these years later, to have been secured with super glue. Add to that my absolutely not favorite aspect of his ‘do, a little wispy lock of hair drawn down the right side of his forehead, attempting a casual, devil-may-care look. I always have hated his hair. 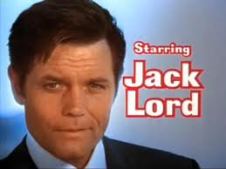 There was a behavior back then I had forgotten about; a behavior people did not yet realize was going to cause significant health issues to themselves and those around them. In every episode, characters smoked cigarettes constantly, indoors and out. Happy, sad,

scared, relieved, tense, aggressive; they all dealt with the moment by lighting up. But, it
also was cheaper to smoke in those days. I think cigarettes back then cost about $.35 a pack, not the $9.73 one would pay today in the state of Hawaii. Cost aside, people in 1968 did not have the information we do now; and without that understanding they could not know how dangerous smoking was.

And now to Steve McGarrett’s actions towards women that brought back a flood of memories to me, none of them good. There is no way to describe how it rattled me to watch Mr. McGarrett affectionately take hold of his secretary’s arm and squeeze it when he spoke to her, call her love when she brought him something, actually kiss her on the cheek when thanking her. I blanched in one episode when he called women dames, and cringed when he called women broads in another. I have experienced every one of those little gestures of kindness and affection from male supervisors or employers, and none was welcome, nor appreciated. No, not a single one. It is called sexual harassment, and is a form of sex discrimination, a violation of Title VII of the Civil Rights Act of 1964. And it is creepy. Steve, trust me; no woman, young or old, wants unwelcome pawing by a male in the workplace, or anywhere else for that matter. 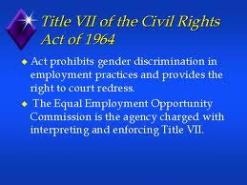 Then there are the cars. Huge sedans, with no seat belts to be seen, nor worn by anyone. All the driving scenes begin and end with screeching tires, even on dirt roads. When the car stops, it rocks back and forth from the force of extreme braking. The good news is, on the show, all the roads on which the Five-0 officers travel are clear of any other traffic, so no one has plowed into another car as it zooms lickety-split down the road in pursuit of a criminal, or just drives from here to there.

Finally, I am not sure where the writers or directors of the show got this idea, but in almost every gun fight McGarrett has with the criminal of the episode, when confronted with being fired at, he does not jump behind a door or any other object for protection. No. He 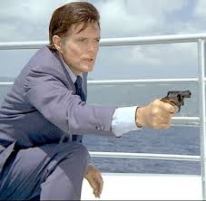 falls to one knee in a straight on position, and fires his gun at the enemy. What makes me laugh every time is it never seems to occur to the bad guy to simply lower his aim. Either Steve McGarrett has a super power, and becomes invisible to them when he kneels like that, or they just are not bright enough to point their gun down a bit and fire at his kneeling target. It works, though. The only time I have seen him get shot was when he was jogging on the beach, and tried to talk to the shooter; he got shot three times for that effort. No, kneeling is the way for Mr. McGarrett to avoid bullets.

In all these years we have learned a few thing that have made us better human beings and citizens of our communities. I am glad men and women have learned to keep their hands to themselves, and their gender driven thoughts inside their heads, not allowing them to contaminate the object of their lusty thinking. Or at least, if this has not been possible, employees realize now they have recourse and can take legal action to be recompensed for unwelcome, unappreciated, and inappropriate advances. I also am grateful fashion has become more of a personal statement, rather than a please the crowd with the current fad statement. It is a much more relaxed and self-expressive way to dress, which is good for everyone who wears clothes. And thank goodness men’s pants legs now reach past their ankles. There was just no excuse for that one. There should be a resounding cheer that the dangers of cigarette smoking have been made abundantly clear, and that if one still needs to smoke, at least the health and breathing air of innocent people are being considered, and hopefully protected. And seat belts? Who can argue with the safety benefits of that small but effective device? The statistics speak for themselves, and anyone, myself included, who has survived a terrible automobile accident due to wearing a seat belt knows how important it is, and gratefully reminds anyone else it is a life saver.

We are a work in progress, and watching Hawaii Five-0 has helped me realize how far we have come in forty-six years. Personally, I drive a fuel efficient car, practice gentle acceleration and braking, dress for comfort, threw out my black eyeliner and orange lipstick in the 70’s, and quit smoking years ago. And, I cannot imagine anyone ever shooting at me, but I am pretty sure if it happened, I would duck behind something, and not kneel in front of the shooter. Yes, we have come a long way, and Hawaii Five-0 has proved just how well we are doing. Thank you Steve McGarrett!