The United States of America, the Russian Federation, and the United Kingdom of Great Britain and Northern Ireland, reaffirm their commitment to Ukraine … to respect the Independence and Sovereignty and the existing borders of Ukraine…. 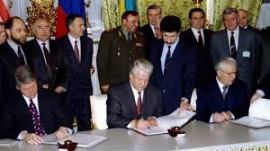 And here we are today;150,000 Russian troops on Ukraine’s borders, unclear numbers of Russian boots on the ground in Crimea, airports in Simferopol and Sevastopol taken over by unidentified gunmen. Russian President Vladimir Putin states his measures are “fully adequate” to protect Russian citizens and the Russian speaking population from an unrelenting threat of violence. 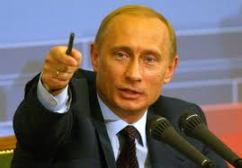 As I ponder the actions taken in the past few days by Mr. Putin, and the claim his intentions are merely to protect the Russian population and Russian speaking citizens in Ukraine, or the Crimea-based Black Sea fleet; I cannot help but remember one of my favorite Will Rogers’ comments regarding America’s habit of protecting its interests in some distant foreign country by sending in our troops to keep these nations from shooting each other, and if necessary, shooting them first to keep them from shooting each other. He concluded with:

“What would we say if the Chinese sent a gunboat with their marines up the Mississippi River claiming they were protecting their laundries in Memphis?”

As a Baby Boomer, I can say without hesitation, I have seen and experienced enough war, conflict, and police action for this lifetime and several more, if they were available. The names of those dear to me that I have lost, who came home forever wounded and changed, or who never recovered from their experience, only to be lost after their return cannot be thought of or spoken aloud without extreme emotional evisceration. The dream? The hope? Someday, somewhere, someone will remember and proclaim the words Chief Joseph of the Nez Perce Native Americans spoke in the Bear Paw Mountains in Montana Territory at the end of the Nez Perce War, October 5, 1877:

“…Hear me my chiefs! I am tired; my heart is sick and sad. From where the sun now stands, I will fight no more forever.”

Until then, I have a gift I am sending Mr. Putin. Around twenty years ago, I taught myself

how to make Ukrainian Easter Eggs, also known as Pysanky Eggs. It is an art form that has not changed in over 2,000 years, and I think an egg decorated with ancient symbols representing peace would be just the thing to remind him that the Ukraine has other options for settling its current internal struggles than Russian aggression and invasion.

That’s right. I am an optimist. And one never knows, an Easter Egg for Mr. Putin just might work. We could all look back one day and remember when consequences of violating The Budapest Memorandum were averted by a simple Pysanky Egg that said there is a better way. And it’s called peace. 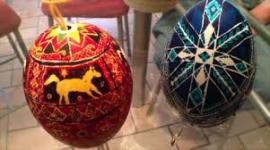